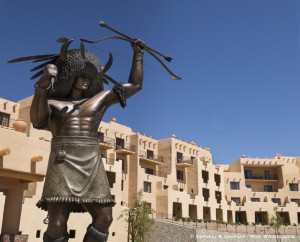 In a dispute between New Mexico tribes and the New Mexico Gaming Control Board, the New Mexico Office of the State Auditor has sided with tribes in a dispute over free play at their casinos. The Board argued that free play credits must be included in tribal revenue sharing payments, but the auditor maintains that doing so violates the Class III gaming compact.

Click here for a direct link to the article on Indianz.com