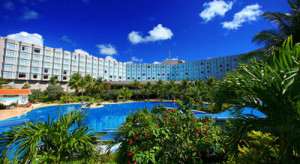 Earlier this month, FinCEN issued a press release regarding “willfull and egregious violations of the Bank Secrecy Act” by Tinian Dynasty Hotel & Casino. FinCEN assessed a $75 million civil money penalty for the following actions: a) failing to develop and implement an anti-money laundering program; b) failing to report transactions involving currency in amounts greater than $10,000; and c) failing to detect and adequately report suspicious activities and transactions in a timely manner. The Casino operated for years without an AML program, willfully facilitating financial fraud, and circumventing laws in the U.S. and overseas. The Casino created a threat to the financial integrity of the United States and the Commonwealth of the Northern Mariana Islands.

Click here for a direct link to the FinCEN press release